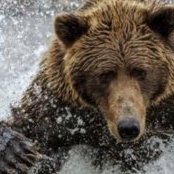 By Alaskan Grizzly, May 25 in Bearstalk